The Modernista design movement led to a revival of the decorative arts because its exponents wished to create unique spaces in which all the arts were integrated. In fact, to some extent the decorative arts disseminated the Modernista style and brought it within the reach of the general public. The new language was not limited to bourgeois mansions designed by major architects or large-scale public works. Baker’s shops, chemist’s shops, leisure facilities, bars and restaurants were decorated using the new language and show a profusion of anonymous artists and craftsmen who worked in accordance with the new tendencies. The most ordinary premises became showcases for the new aesthetics, and some have been conserved practically intact. Architecture was a binding force for the decorative arts on both the exterior and the interior of buildings. This was a period of rediscovery of local craftsmanship, which became a differentiating characteristic of decoration in the European cities that gave birth to the various branches of the Art Nouveau movement.

We know of the existence of many bars and restaurants, no longer existing, that were a fascinating example of the Modernista language as La Lluna or La Buena Sombra. For this guide we have made a selection of fourteen bars and restaurants that have been conserved practically intact since their foundation or that have been created through the recovery of Modernista elements from other shops that were to be converted for other uses. They allow us to enjoy in the present the atmosphere of the early 20th century. Unfortunately, in very few cases do we know the decorator or the persons who worked on these establishments: a great deal of research is still needed on the decorators and interior designers of this period.

A common feature of these spaces is the use of the applied arts, such as the decorative ceramic work on the wainscots and counters, the plaster mouldings decorating the ceilings, the marble bars, skirtings and panels, the woodwork of the display cabinets (the element most often used to display naturalist decoration), the use of the wrought-iron to decorate columns, the lights, the hangers, and finally the stained glass windows of doors and windows, which filter the light reaching the interiors. All these elements were decorated with naturalist motifs, interwoven flowers and leaves, or sinuous lines. The difference between the establishments is often found in the quality of the materials used, because this was an element determined by the wealth and culture of the owner.

Apart from the examples that we present here, walking round Barcelona you can find many other bars that conserve some Modernista decoration. Examples of this are the coffee bar on Carrer de la Palla, 4, which still has an original wooden door with a floral decoration very similar to those seen in this guide, and the Cafè del Centre, on Carrer Girona, 69, with a simple decoration but Modernista aesthetics.

Some establishments that were not originally designed to be bars or restaurants have now been converted to serve this function: for example, the Pastisseria Escribà on the Rambla has a small space for having coffee from which one can view the whole interior decor of the cake shop; and the cafeteria of the Palau de la Música Catalana is located on the ground floor of a building by Domènech i Montaner that is emblematic of Catalan Modernisme. This building also houses the Mirador restaurant, which was opened in late 2004 in one of the areas of the modern extension designed by Oscar Tusquets, with magnificent views of the side facade of the Palau. Another example is “La Pedrera by Night”, the name of the evenings organised in La Pedrera on summer nights in order to allow visitors to combine their tour of the Gaudí Space with a drink and live music on the spectacular roof terrace.

The examples of these establishments help us to understand how important Modernisme was in shaping the social use of art: how master builders, craftsmen and designers were able to apply the new language of Modernisme to the most modest spaces of the city and to make their trades stand out within the works created by the great masters of the movement such as Gaudí, Puig i Cadafalch and Domènech i Montaner. Entering any of these spaces is no less than a privilege.

For this guide we have made a choice of fourteen bars and restaurants that have remained virtually intact since its founding or which have been created from the recovery of modernist elements of other shops destined to disappear and that allow us Enjoy today an atmosphere of the early twentieth century: 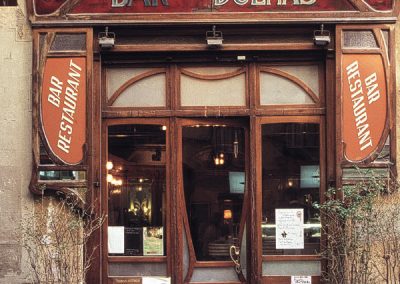 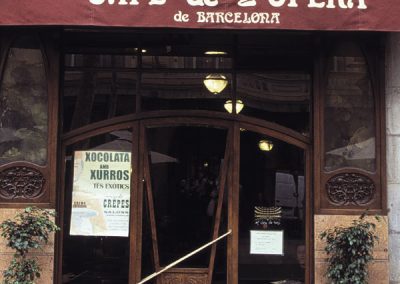 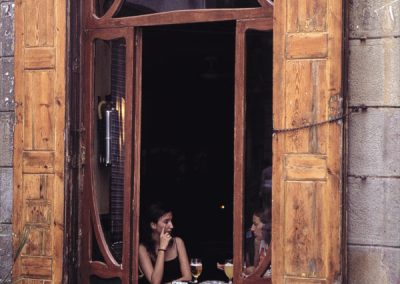 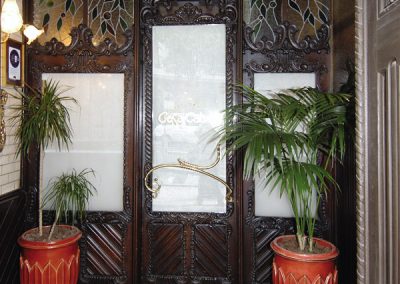 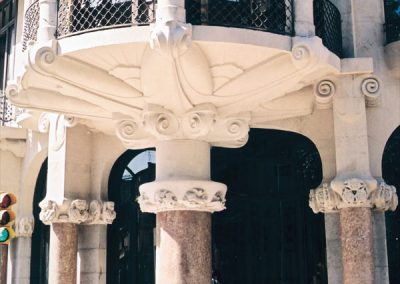 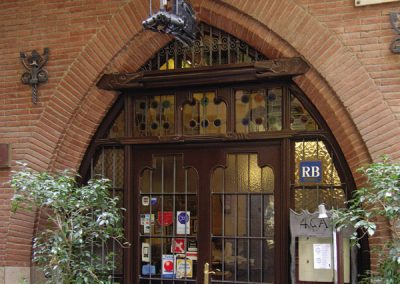 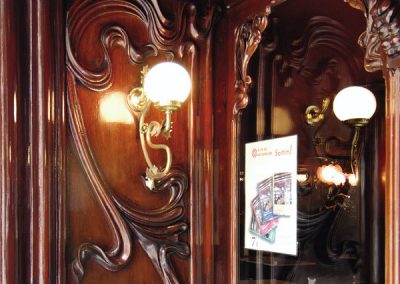 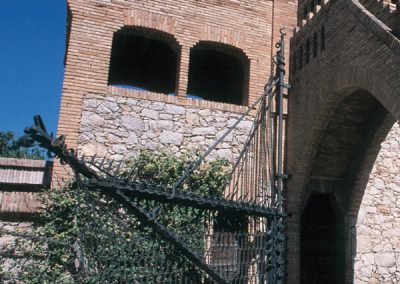 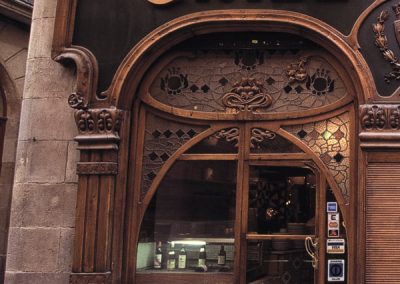 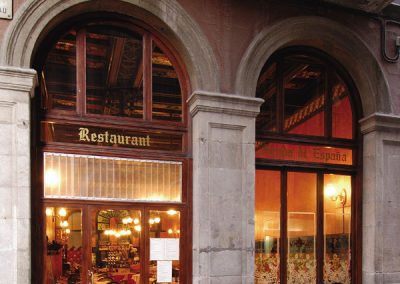 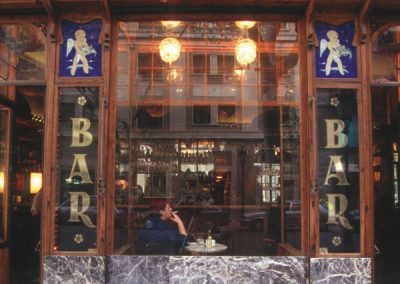 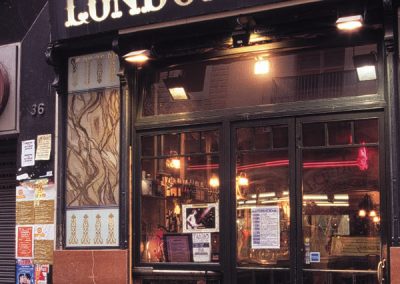 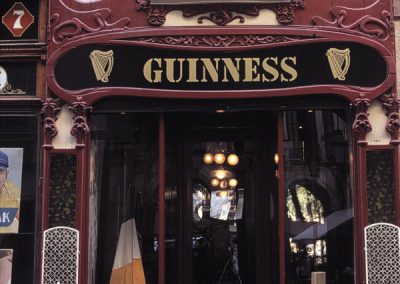 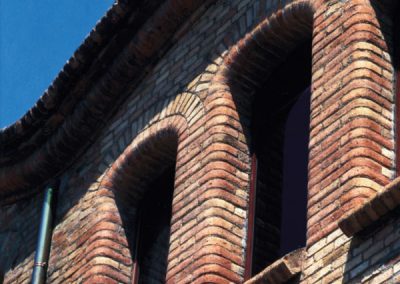