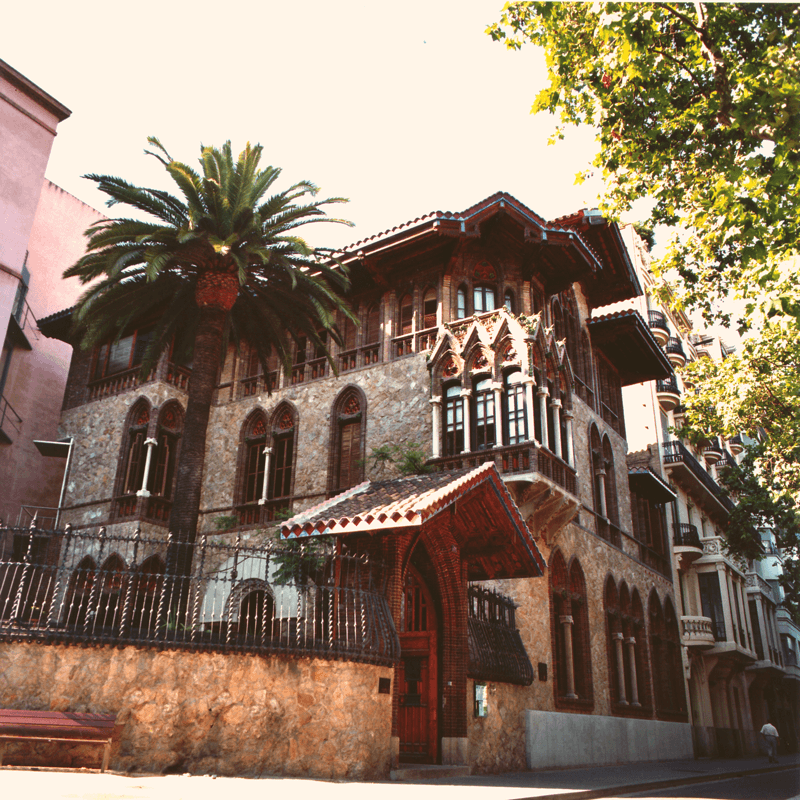 A Modernista house built in 1901 by Joan Rubió i Bellvé for Macari Golferichs, a tropical wood trader. After the Civil War it became a religious school and in the late 1960s it was bought by a private developer with the idea of demolishing it and building flats. But the insistent protests of the neighbours prevented “el Xalet”, as it is popularly known, from falling victim to speculation. In 1980 the Barcelona City Council recovered the ownership of the building to convert it into a civic centre. In 2004 it was opened after a restoration that included the façades, the roofs, the stone walls, the woodwork and the ceramics.