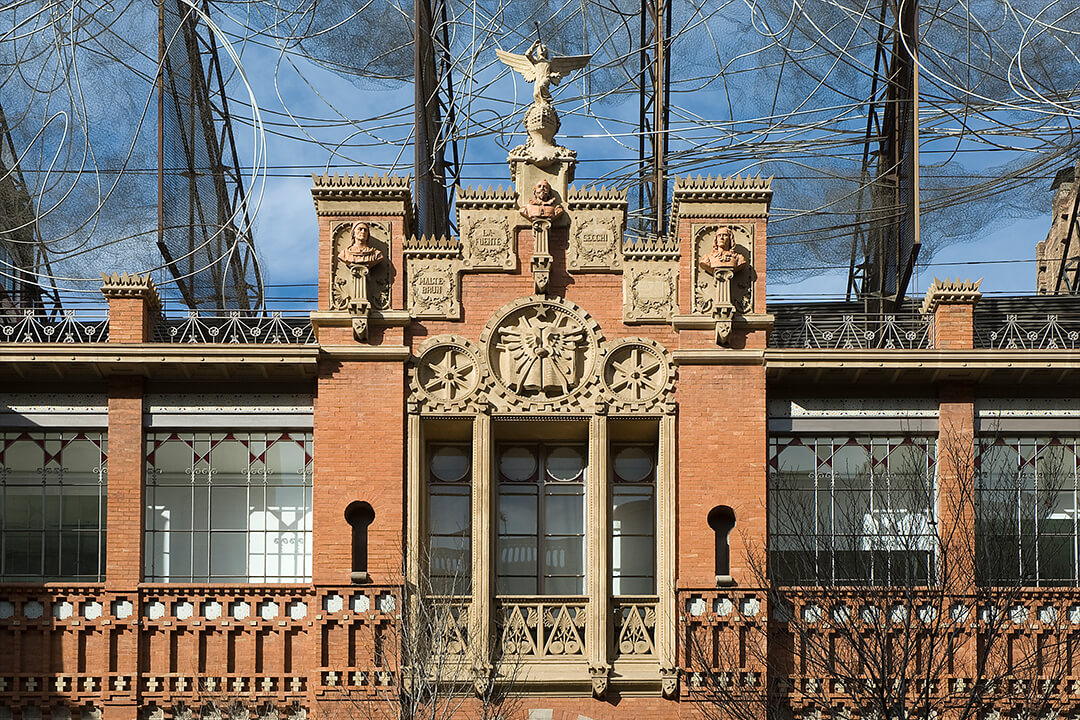 Built by Domènech i Montaner himself from 1880 to 1881, or 1882, this is one of the pioneering examples of the architectural and urban renovation that was introduced by the Modernista movement, together with Gaudí’s Casa Vicens (number (88) of the Modernisme Route). The building features a very unacademic façade with a slightly Mudejar (Moorish) appearance and a peculiar structure with cast iron pillars and steel beams that is more characteristic of markets and railway stations of the of the late 19th century. Antoni Tàpies Foundation
In 1990, the building was crowned by a sculptural work designed by the contemporary artist Antoni Tàpies, Cloud and Chair, which has since come to symbolise the Fundació Antoni Tàpies. The institution houses a museum in which a selection of work by Tàpies is displayed alongside exhibitions of works by other artists. It also organises seminars, conferences and film seasons, among other activities. It also contains a library specialising in modern and contemporary art that includes collections of books, magazines and audiovisuals on 20th and 21st century art, Asian art, African art, Oceanic art, painting, sculpture, drawing, engraving, architecture, design, decorative arts, performance, photography, film, video art and artist books, as well as a collection of books and archives on Antoni Tàpies.

Discount of the Modernisme Route: 20% off the adult price.