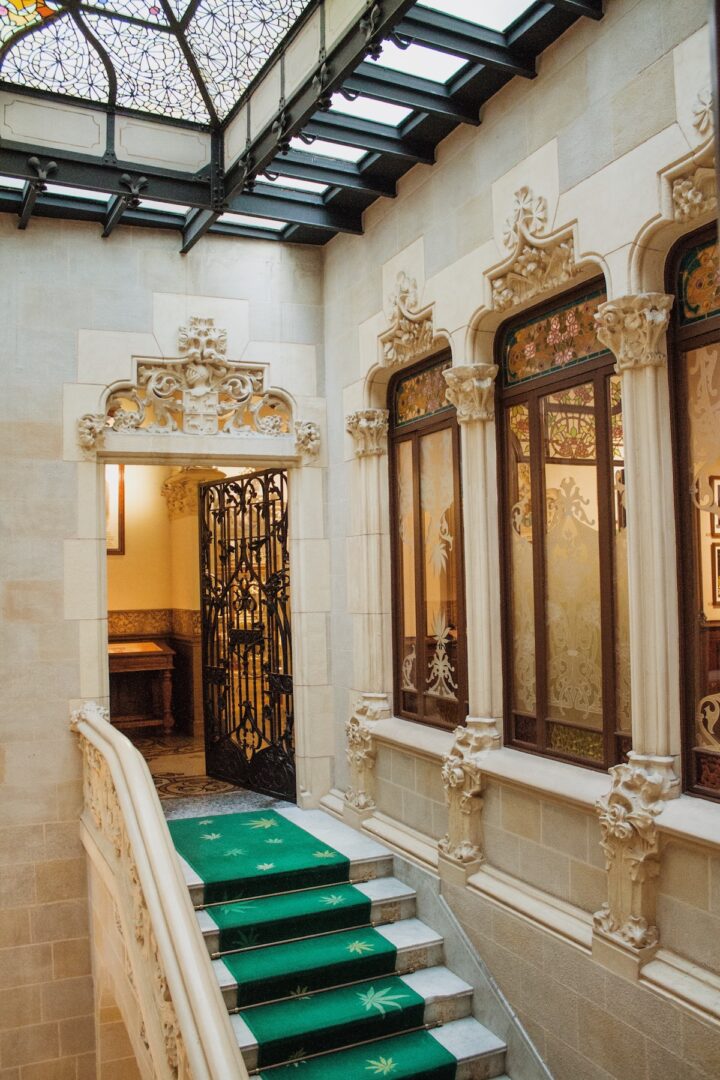 Built in the 15th century, the noble family of Santcliment was the owner of the city palace until the late 18th century when Josep Francesc Mornau, honorary war commissioner of the Royal Armies, bought the building. In the early 20th century Joan Nadal de Vilardaga, brother of the then mayor of Barcelona, purchased the palace and in 1908 commissioned the Catalan Modernism architect Manuel Joaquim Raspall i Mayol (Barcelona 1877 - La Garriga, 1937) to extend and renovate the building. Wrought iron and stained glass windows, especially those of the tribune on the first floor, highlight his renovation works. Inside its highlights are the ceilings, the stunning fireplace of the living room and the interior patio, covered by a stained glass bow window. In 2012, the palace was entirely refurbished by architect Jordi Romeu, returning the spectacular stained glass windows, marquetry floors and walls, and its magnificent ironwork to the grace and beauty it once had, to become the world's largest collection dedicated to the cannabis plant.