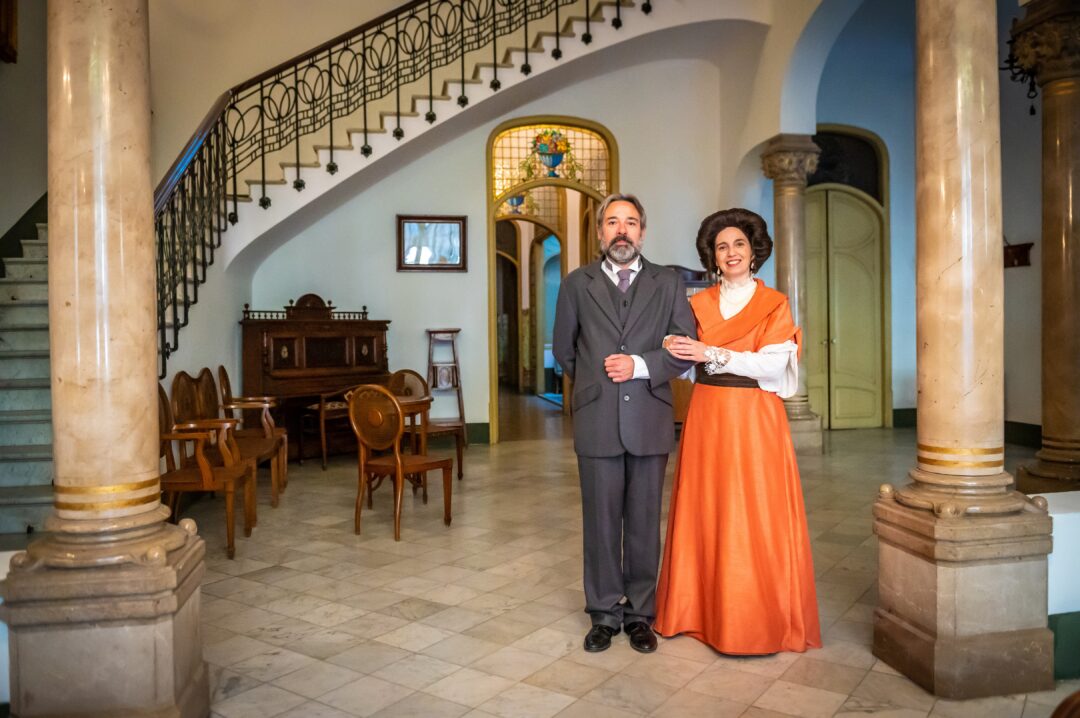 The economic resurgence of the Alt Penedès, after a plague of phylloxeras had destroyed the vineyards, the basis of the shire’s economy, paved the way for the arrival of the artistic and social current that was beginning to take hold in Europe. Farm owners and merchants became the receivers of Modernista trends and had buildings put up in keeping with their economic position.

Towards the end of the 19th century, Vilafranca begun its transformation from a village into a small town as new buildings sprang up, changing its traditional image, and plans were laid for a new type of town. Renowned architects took over from master builders and there emerged the figures of Santiago Güell, Eugeni Campllonch and Antoni Pons. Santiago Güell (Vilafranca, 1869) was the municipal architect and played an active part in the political life of Vilafranca. As an architect he was scrupulous and a perfectionist. It was he who left the biggest imprint on the town, creating the town’s image and designing many of its most emblematic buildings. These buildings were characterised by mastery of the architectural technique and personal touches which he applied to his works with sobriety, elegance and balance.

Modernista architecture in Vilafranca combines popular Catalan architecture with the traits typical of Modernisme, which contributed new materials and a new conception of space. On the route through Modernista Vilafranca you will be able to see the colourful naturalistic decoration of the façades, the use of exposed brickwork on some buildings and the stained glass and wrought iron railings on windows and balconies.

Vilafranca’s Modernista heritage comprises 33 buildings of the most varied kinds: ancestral homes, public buildings and warehouses catering for the export of wines and liqueurs, clear exponents of the importance of industrial architecture in its own right.

Modernisme also embraced other aspects of art such as painting, sculpture and urban furniture design. As you walk along Carrer de Santa Maria, right in the centre of Vilafranca, you will see some singular examples of this latter type in the form of streetlamps. If you go into the Crypt of the Basilica you will find an excellent sculpture by Josep Llimona and in the Vilafranca Museum there are drawings by Ricard Opisso as well as works by other Modernista artists.

This Vilafranca route allows you to learn about the impact this cultural movement had at the turn of the century through the new symbols of progress and modernity contributed by the innovative trend called Modernisme.

Privately booked visits are available all year round for groups of at least 8 people.
Although you can visit on your own, the Tourist Board organises 6 guided tours a year that include admission to two Modernista houses. The tours of these houses are dramatised.
Tourist Board
Tours in Catalan

The visit includes the visit to the interior of Casa Miró.

Discount of the Modernism Route: 15%.