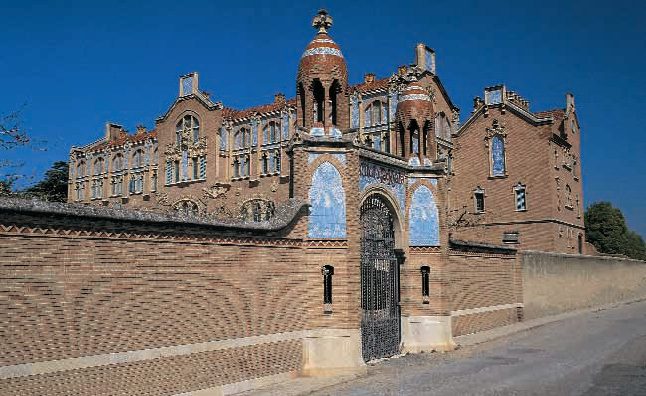 Reus, Gaudí’s city, 100 kilometres from Barcelona and eight from the Costa Daurada, is today a major commercial and cultural hub of the south of Catalonia.

In the 18th century, the population of the town grew rapidly to become the second largest city in Catalonia as the result of the brandy trade, for which it was an international reference point, as evidenced by the famous joke-phrase of an alleged “Reus, París i Londres (London)” axis. It was shortly after this, around the end of the 19th and the beginning of the 20th century, that the great Modernista buildings, which you can still see today and which make Reus a veritable Modernista stage, were erected.

The universally famous architect Antoni Gaudí i Cornet was born in Reus on 25th June 1852. It was in this city that the future architect lived as a child and teenager, made friends and went to school before moving to Barcelona. Some of his closest collaborators, such as the architects Joan Rubió i Bellvé, Domènec Sugranyes and Francesc Berenguer, and several of his future clients also came from the Reus area.

The city still retains the memory of the places the young Gaudí frequented during the time he lived in the town: the house where he was born, the church where he was baptised, the school he went to, the places where he used to meet his friends and collaborators. In short, the streets, squares, places and landscapes of the city that shaped the education of its great creative genius.

But it was the arrival of Lluís Domènech i Montaner, the other great architect of the era, that marked the start of the brilliant Modernista period in Reus when he began the plans to build the Pere Mata Psychiatric Institute in 1898. This was followed by other commissions and it was in Reus that Lluís Domènech i Montaner constructed more buildings than anywhere else apart from Barcelona. Of these, the most important are:

An innovative construction project involving an interesting combination of materials featuring brick, stone, wrought iron, ceramic and stained glass, and an innovative approach to patient care, in which the architect used a system of independent pavilions, something he repeated later on at the Hospital de Sant Pau in Barcelona. Pavilion number six, with its rich ornamentation, is the most valuable from an artistic point of view, as it retains its spectacular original Modernista decorative repertoire. The Pere Mata Institute, whose interior you can visit, is regarded as one of the jewels of Catalan Modernisme.

Together with the Pere Mata Institute, this is the best example of the city’s architecture. It was commissioned by Joaquim Navàs, a local merchant. The beautiful façade, with different architectural and decorative elements inspired by Gothic and Plateresque, was damaged by a bomb during the Civil War, but the interior still keeps its magnificent decoration. The shop on the ground floor of the building is also very interesting, as the construction has survived virtually intact, and you can look round inside it.

This house was designed for Pere Rull, a notary, and you can recognise various symbols on the façade to do with the original owner’s profession. Of special note are the angle formed by the two main façades and the elegant balcony with floral elements on the first floor. You can also visit the garden of this house.
Casa Gasull (1911)

This house was built for Fèlix Gasull, the owner of an oil-exporting firm, and contained the company’s warehouses as well as the family dwelling. This building is an early example of Modernisme combined with an incipient and sober Noucentisme.

There is no doubt that Modernista buildings erected in Reus were influenced by the architectural style of Domènech i Montaner. This effect is specially evident in the works designed by Pere Caselles, a municipal architect who had already worked with Domènech on the Pere Mata Institute and who designed a large number of both public and private buildings, including the Prat de la Riba Schools (1911), Casa Grau (1910), Casa Sagarra (1908), Casa Munné (1904), Casa Laguna (1904), Casa Tomàs Jordi (1909) and Casa Punyed (1900), and various industrial buildings such as the Abbatoir (begun by Francesc Borràs in 1889), and the Oenological Station (1906). Of the other architects who worked in Reus during this period, the most important were Joan Rubió i Bellvé, who was influenced by Gaudí’s style (Xalet Serra, 1911; Tuberculosis Dispensary, 1926, and Casa Serra, 1924), and Pere Domènech i Roura, the son of Domènech i Montaner (Casa Marco, 1926).

The Gaudí Centre is a new interpretation centre enabling the public of all ages to understand in an entertaining way the keys to Gaudí’s architecture, discover how his creative genius was formed and get to know the city and the environment that inspired him. Through a wide variety of resources (audiovisuals, interactive sensory models, sets, documents and personal objects) the public is introduced to Gaudí’s private world in an educational and participatory way, opening up the senses and the mind to new experiences.